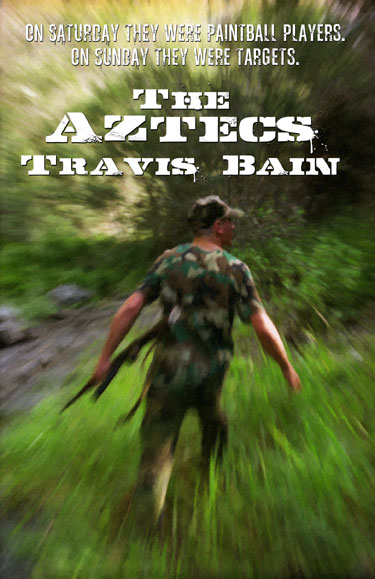 The Aztecs are Drew, Elliot, Patrick, Nick, Matt and Aaron, six Paintball players on the cusp of adulthood.

On a long weekend in their final year of high school, the Aztecs head off on a country camping trip for three days of “R&R.” But their war games turn horribly real when they witness a vicious murder.

Marked for death and hunted like animals, the Aztecs become men fighting for their lives, with only their Paintball skills to save them. But not all of them will survive …

Travis Bain’s debut novel is both a poignant drama and an explosive action thriller.