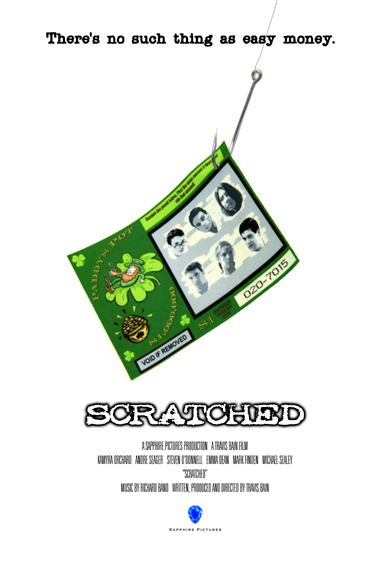 Travis Bain’s debut feature film Scratched is a fast-paced comedy-thriller about what ordinary people are prepared to do when greed takes hold.

Five university students in Townsville, North QLD, spend one insane night tearing their share house apart searching for a hidden million-dollar “scratchie” ticket. Meanwhile, an apocalyptic Category 5 cyclone looms off the coast of Townsville, threatening to wipe out everything in its path …

Scratched is now available on DVD through Createspace, a subsidiary of Amazon.com. The DVD includes a wealth of special features such as a director’s commentary, a behind-the-scenes featurette, bloopers, deleted & extended scenes, a featurette on how to make video look like film and lots more.